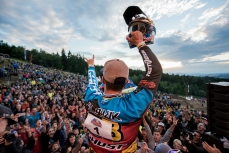 Slavik wins in Scotland, overall title will be decided in Czech!!!

Tomas Slavik was able to take his 4th win at 4X Pro Tour world series in row at Fort William, Scotland. After unlucky race in Germany, where he missed the gate in semi and ended up on 5th place its good to see Slavik powering it to the top spot again with winning quali by over 1 second and all his heats! 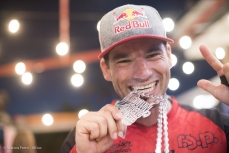 Tomas Slavik took a big win at first edition of new urban DH race called Down Puerto Vallarta situated in most famous vacation area by the sea in Mexico. 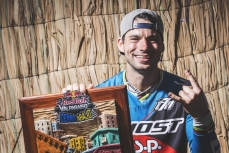 Last weekend it was the time when the best urban DH racers gathers to put themselves to the test on the legendary and roughest city DH track in Valparaiso, Chile during Red Bull Valparaiso Cerro Abajo.

Tomas Slavik back on track and winning in Budapest

New year, new season and new goals! Unfortunately for Slavik first goal was to get back to the race tracks when he injured his knee 5 weeks ago. 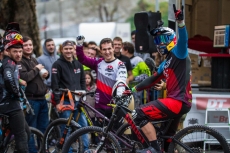 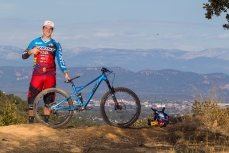 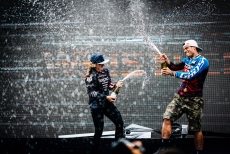 Tomas Slavik was on the hunt for the King Of Crankworx title from the beginning of the season and he really made it! We would call it almost like an olympic games for mtb gravity/freestyle riders and its a real success and honor for Tomas Slavik, Czech Republic and his sponsors to take this prestigious title. What was the story behind for crowned King Of Crankworx Tomas Slavik at last round in Whistler? Check this out: 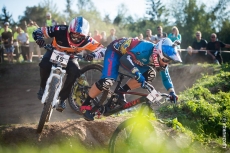 The biggest fourcross show in the world, most difficult track, best riders and huge crowd! That sounds like great fun, right?! It was! JBC 4X Revelations 2016 is in the books and it was legendary! Tomas Slavik was able to defend his title “King of Revelations” 4th time in row. With this epic win Slavik just became overall 4X Pro Tour world series champion in 2016 already before the last race in France! 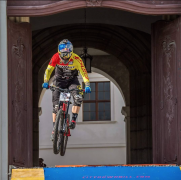 Short, intense and crazy track in Bratislava always promises exciting and tight racing, but this year it was another level! Tomas Slavik took at the end 2nd spot City Downhill World Tour in Bratislava with only 0,19 seconds behind the winner!