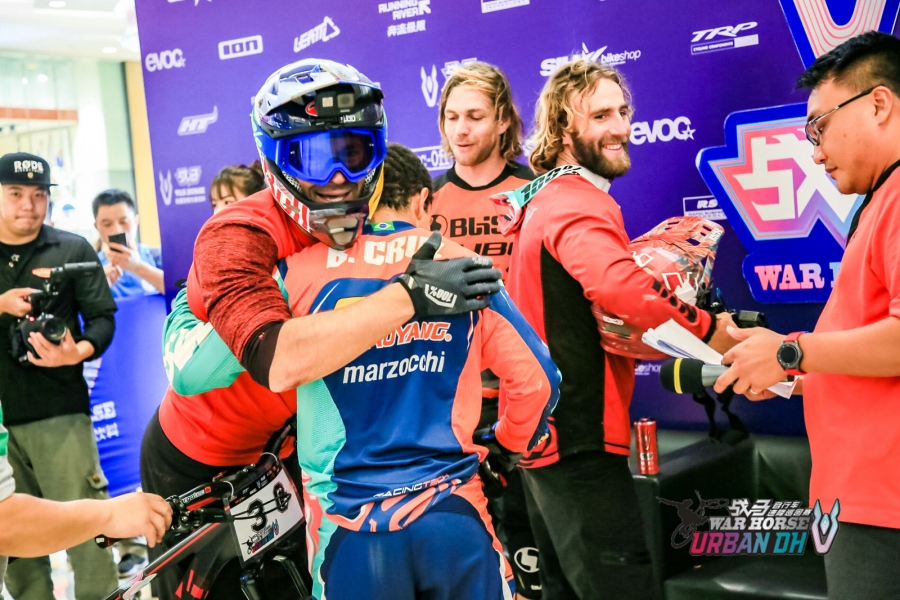 Tomas Slavik was taking part in first ever urban DH race in China called WAR HORSE URBAN DH 2018. 9 SQUARES area in Shenzhen brought to the light exciting track, LIVE stream and high professional organized MTB event. Even though Slavik was looking really fast he had a hard crash during seeding run and hurt his leg, but decided to give it go. He did mistakes free, super fast run and against fastest urban riders he was able to bring home the win.

“Coming to China I didnt know what to except. We actually didnt know much about the track and the area, but after consulting with track builders I decided to take my short travel GHOST RIOT, which was kind of a little bit risky move to Urban DH race, but it worked perfectly. That bike was flying on this track. So I felt pretty good, but unfortunately I had technical problem during my seeding run and crashed hard already on the first jump, flying out of the track through fences and thought it was all over. My first feeling was that my tibia is broken, but luckily it came up that its just really bruised and sore muscle. We brought tons of ice and decided to give it a try for a final run. The pain was sometimes over the limit, but I did nice run, with lot of flow and no mistakes and took a win! This win is very special to me, because it was really rough day in the office and I wouldnt expect to stay on the top of the box at the end of a day. So stoked and can not thank enough to all friends, riders and organizers who helped me to get bak on my feet and to fix my bike. Truly proud the way it works in MTB community where we are all friends and really proud to be part of it. Thank you guys! Big up goes to the organizers who brought really exciting MTB show to China, took care of us and made our stay in China unforgetable - Thank you :) “

Next race coming is Down Taxco in Mexico, which is one of the hardest urban races. Slavik is skipping Columbia next week to recover a bit from the crash and to be ready in full speed for Taxco. 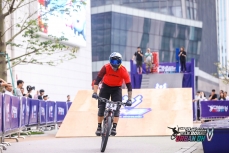 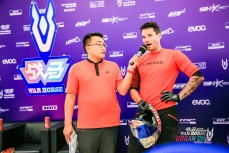 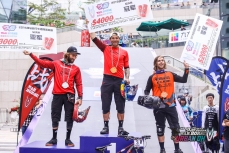 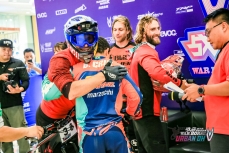 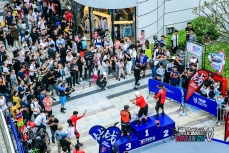 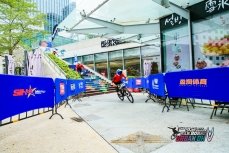